These days, it’s rare enough to find an artist you truly love, be it an actor, musician or director.

It’s even more rare, however, to find one who is naturally skilled in all three sectors and manages to produce a delightful result every single time. That’s right, in this article, we’re talking about American artist Shani, a talented singer, and songwriter, as well as a gifted performer, director, producer, and actress. At first glance, it seems there’s truly nothing Shani can’t do (and do well, at that!).

The Los Angeles-based artist has penned multiple award-winning tracks, such as “El Llamar de Pasión – Call of the Wild” in the movie “Crash”, and “Rise” from the soundtrack for “American Wrestler”, which she performed with fellow musician Andy. As an actress, her credits include the Jack Black movie “Crossworlds”, as well as numerous TV appearances. And in between all this work in the arts sector, she’s still managed to put her seemingly interminably energy behind numerous charities and causes, using her voice to shine a light on the less fortunate.

Now, Shani returns to the music world with her latest release, entitled simply “Changing Tides”, a track recorded in quarantine, by the looks of it, yet not made any less great by it. Quite the contrary, in fact, since it seems that “Changing Tides” is rapidly gathering critical acclaim, despite being on the market for only a couple of weeks. The powerful melody that carries the piece resonates with even the most reluctant of listeners, and Shani’s sweet, yet emotion-charged voice lends a seductive feel to the whole tune. Accompanied by a tasteful arrangement of guitar, bass, sax, and keyboard, Shani creates an instant winner with “Changing Tides” and captures the listener’s attention.

At the risk of sounding cheesy, “Changing Tides” manages to inspire, in a world that desperately needs something good right now. And seeing that something can still be made in 2020’s nightmare-ish setting really gives one hope that things can and will return to normal.

And that’s no small feat, so do yourself a favour, if you haven’t already, and check out Shani’s “Changing Tides”. 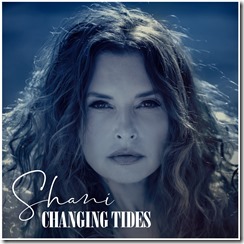